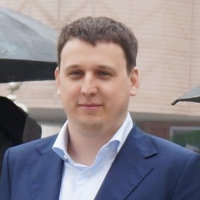 Prior to Gravia, he was a co­founder and CTO of few IT/internet companies, including Easy Systems (CRM/ERP software development, unified communications), MediaContext AdNetwork (sold to HTTPool international AdNetwork) and several global high­load projects with up to 1M users/day (cloud storage, CDN, file­sharing).

In February 2015, after Gravia.vc became one of the first SOC Prime's investors Leon joined the team, not only as a board member but as CFO/IR role. His main contribution was creating a company legal/financial management system and building relations with investors of all subsequent rounds.

Since 2016 Leon is also a Board Member of UAngels ­ Ukrainian business angels network.

Ukrainian startups Gap between angel investments and money from VC